In honor of our Presidents reciprocal visit to The Queen this week and given that its just a few days since the 3rd anniversary of Mark receiving The Queen of England’s letter re : Our 2011 ‘Bloom’ garden, we have resurrected said letter to take a trip down memory lane…

As you can read below in her Majesty’s letter to Mark, her representatives graciously decline,with tongue firmly in cheek, an invitation to open our 2011 ‘Alice in Wonderland’ themed ‘Bloom’ garden which coincidentally coincided with her state visit to Ireland. Her majesty’s PR advisers possibly thought association with ‘The Queen of Hearts’ would be unhelpful and not amusing!

No such reticence from President Michael D. Higgins however who chatted amicably to ‘The Hare’ in our garden that year and two years later graciously braved ‘Munchkin Land’ in our 2013 Silver Gilt Winning ‘Wizard of Oz’ themed garden…without any thought of unkind comparisons to its inhabitants! 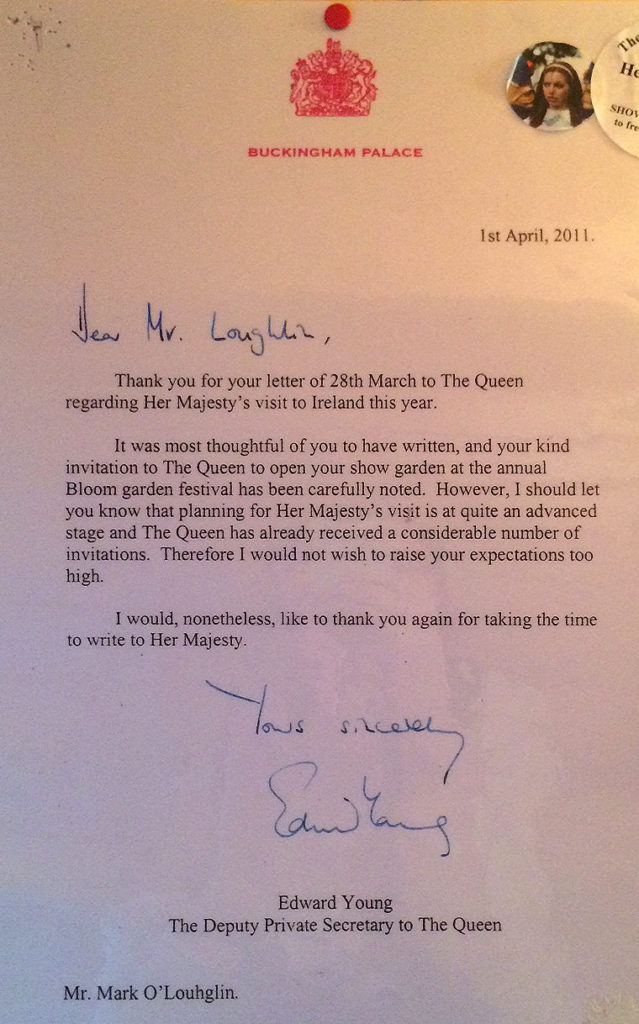